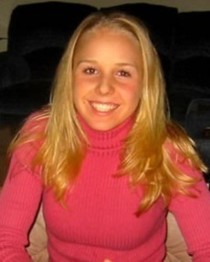 My thoughts and prayers go out to the family and friends of Staci. May the God of all comfort and tender mercies give you the needed strength to endure this very difficult time. 2 Corinthians 1: 3-4

I am so sorry to hear about the loss of Staci. When someone is so young and is full of promise is taken away, it is especially sorrowing. In the near future God's kingdom that we pray for at Matthew 6:9, 10 will take full control of the earth and death will be done away with brought to nothing, in harmony with 1 Corinthians 15:26. Then we can look forward to seeing Staci along with our other loved ones we have lost in the resurrection promised at Acts 15:28,29. May the God of all comfort be with your family at this of need.